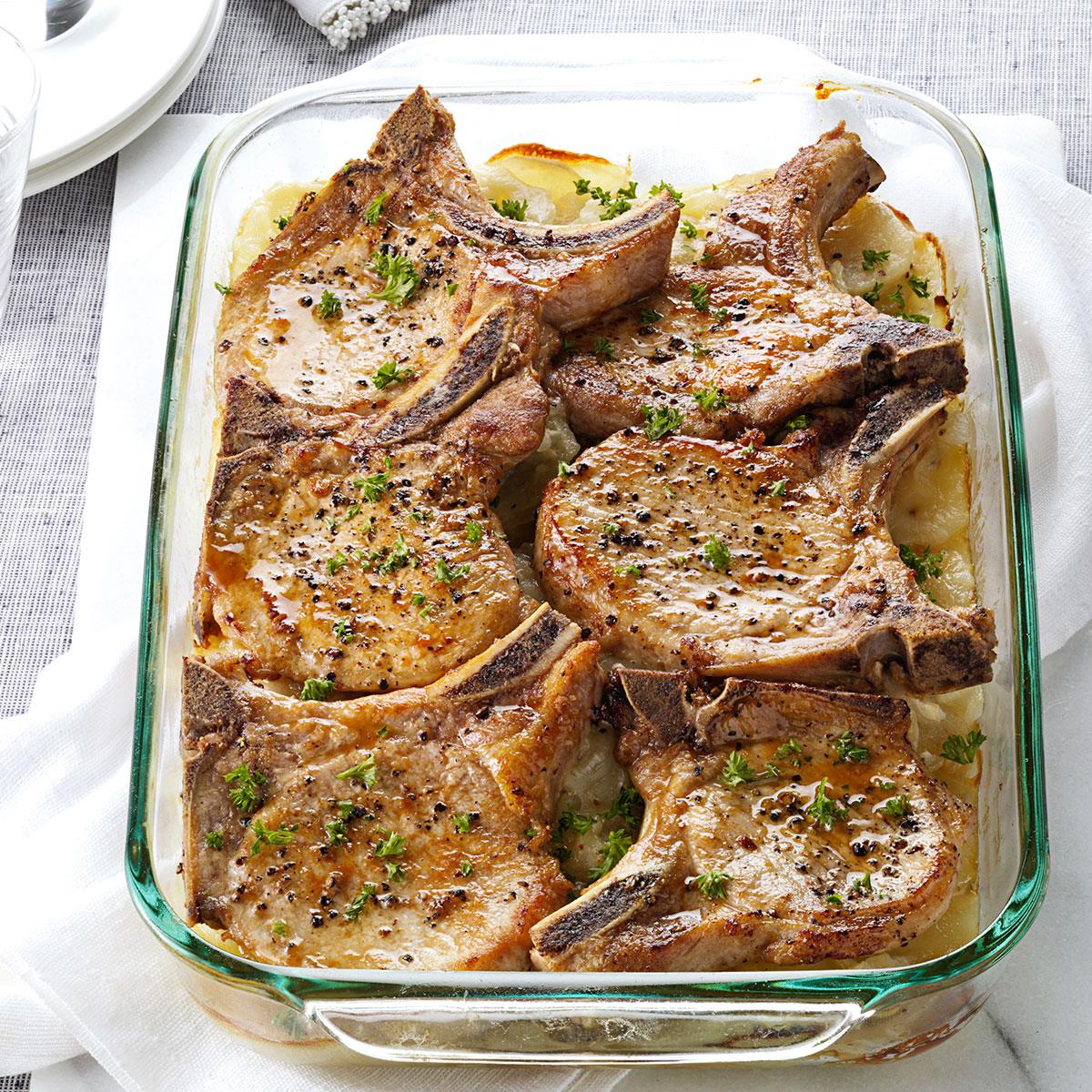 I formed a boneless pork cutlet until it was thin. Kaila Yu for Insider

I absurd the pork chop until it was aureate brown. Kaila Yu for Insider

The final artefact was absolutely irresistible. Kaila Yu for Insider

I cut the potatoes into bite-sized pieces afore boiling. Kaila Yu for Insider

The potato bloom was buttery and satisfying. Kaila Yu for Insider

I broiled the pork shoulder. Kaila Yu for Insider

I alloyed calm the vegetables with the alkali sauce. Kaila Yu for Insider

I was aflame to serve this dish, and my accompany were aflame to eat it. Kaila Yu for Insider